Gravel Camp is an event consisting of a night of camping plus a 50km off-road bike ride in Rubicon, Victoria. It’s put on by Fyxo from Melbourne, and I attended the inaugural offering in March this year.

As much as I love a bike ride, my main motivation to take part in Gravel Camp was that it seemed like a good way to get my toes wet in bikepacking. And by “toes wet” I mean I had my bike and I was camping, but I didn’t have to deal with packing part. #win.

Admittedly the 50km route looked a like a bit of challenge for me. I’d ridden the Great Otway Gravel Grind a month earlier with a similar distance but less elevation. The good news was I had been riding my bike consistently since then so I knew the extra elevation was doable. And I’d lowered my gearing from 34/40T to 34T/46T (front/back) so I could more easily tackle hills steeper than 10% grade.

The camping, the weather1, the delicious dinner and brekkie, and the drinking chatting with other cyclists by campfire made for a fun and memorable experience. The ride, well…

The ride was certainly memorable.

It was tough. Beautiful, but tough. The hardest ride I’ve ever done.

According to the data from my bicycle computer doohickey, it was a solid 3 hours climbing from the start to the summit, most of it on tricky terrain with rocks, sticks, ruts, and cyclists walking their bikes. Reaching the summit was not all smiles and pats on the back though, because there was still another hour of steep ups and downs to come (I distinctly remember them as only ups).

But it was this particular uphill section that broke my spirit. It came after a good stretch of descending which had me thinking I was beyond all the climbing. I thought I’d done it. As you can see, I was wrong. This is the climb that made me get off my bike and hike.2 It was brutal3. There’s a reason they’re called climbs. It’s what you do on a ladder, which is what this hill felt like. People actually rode past me on this hill. I don’t know how. All I know is that from this point on I was not ashamed to hike-a-bike.

It’s all downhill from here

At roughly 4 hours I reached the 37km mark, where the scheduled down-pointing part was to begin. I took a breather at this magical place, refuelled with some trail mix and chatted to cyclists passing by and stopping. I wished everyone an optimistic “ride safe” as I pushed off into the pedal-less last 12km.

In my elation of completing the uphills I didn’t consider what kind of downhill the rest of the ride would be: super-rutted, dried mud with loose rocks and gravel, and fast. The type of downhill where you’re on the brakes 100% due to speed, and off the saddle 100% due to bumps. The off-the-saddle part was particularly painful memorable because my thighs didn’t feel like supporting my body in a squat position for another hour having just pushed my body up a 1400-metre-tall hill. It was leg day and I could feel the bern.

Truth be told, getting to the bottom was a great relief. I was rewarded with a final few kilometres of undulating, windy single track which is at the top of my list when it comes to terrain I like to ride my bike on. I still had to pedal but the pain of burning thighs was triumphantly cast aside (or buried deep, I’m not too sure…) while I dodged and weaved through the trees to the finish.

We were told Gravel Camp was not a race, but being handed a cold beer and a freshly-made veggie burrito immediately after rolling into camp was one of the best trophies I could ever hope for. In fact, I think was still moving when it was offered, such was efficiency of the Fyxo crew during the entire weekend.

I ate that burrito. I drank that beer.
I sat and smiled and gladded it was over.

I was tired when I said it, but I was sure.

Thinking back after a week though, I realise that the ride wasn’t beyond my capabilities, it actually made me more capable. To be sure, Gravel Camp did push me out of my comfort zone, not only on the ride but also in forcing myself to get out and meet new people. Interesting, varied people. All cyclists. All rad.

Sometimes it’s good to get out of your comfort zone.
Sign me up for Gravel Camp 2020. 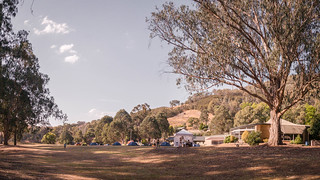 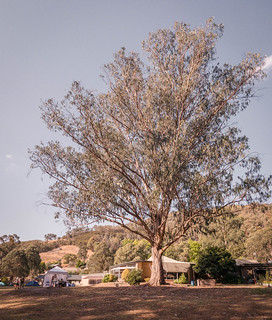 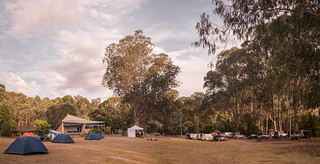 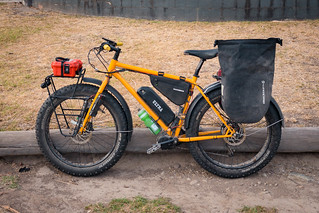 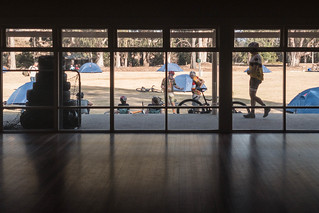 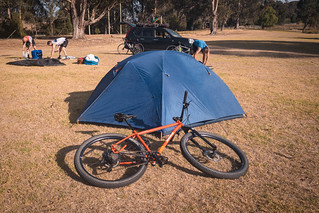 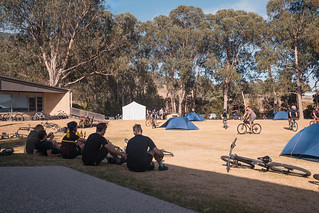 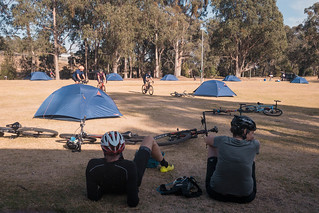 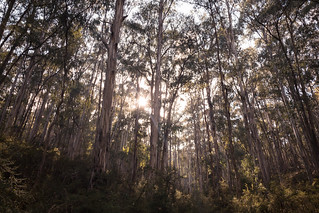 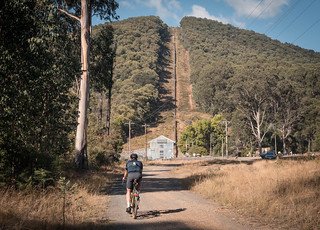 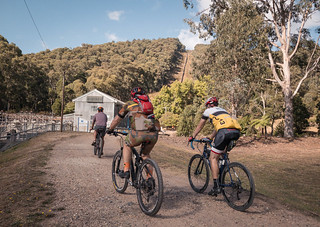 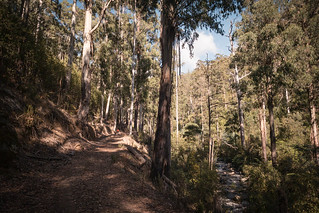 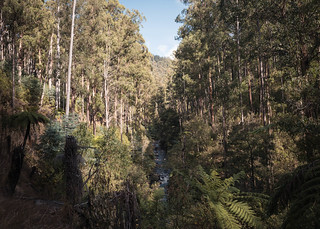 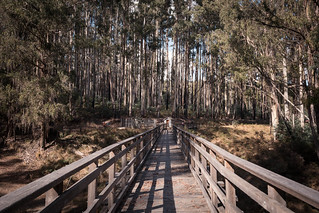 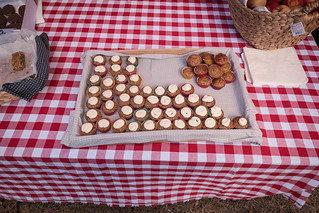 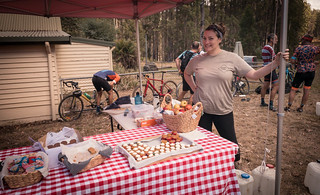 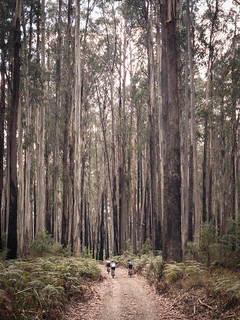 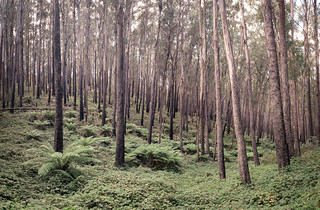 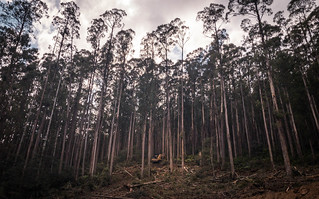 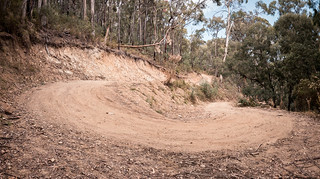 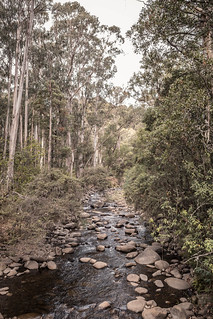